Markus James and The Wassonrai are pushing the boundaries and mixing blues from Mississippi with blues from Mali, Africa.

While Markus James' original Blues-based collaborations, recorded in Mali West Africa and in Mississippi, have received widespread critical acclaim here in the US and in Europe, his live shows with the Wassonrai - West African artists based in Northern California - are uniquely wild affairs, only available at their club and Festival appearances, with some songs ranging to 20 minutes, in the spirit of the traditions they are based in. Originally from Northern Virginia, Markus has been based in the Bay Area for many years, as are his main collaborators in Markus James and the Wassonrai, players who hail from Mali, Guinea and Benin / Togo. Markus is a recording artist whose productions skills and musical passion have lead him to create music with both Mississippi hill country blues artists including North Mississippi drummers Calvin Jackson (R.L. Burnside) and in Mali with many artists including Vieux Farka Toure and Hamma Sankare (Ali Farka Toure). Billboard Magazine writes about his latest album Snakeskin Violin,

You can find out more on Markus James and Wassonrai by clicking here.

Please contact us with your questions by email roadwarrioragency at gmail dot com.

We can also offer a screening of the film TIMBUKTOUBAB with a performance of Markus James and the Wassonrai. Click here for a trailer from TIMBUKTOUBAB.

And here is video of Markus James and The Wassonrai performing live in Berkeley.

"The mix of sounds, instruments, and influences spanning the program is mind-boggling" LIVING BLUES MAGAZINE

Markus James and the Wassonrai will reach back to the cradle of civilization in its blues performance next month.

"And, I came to realize that blues music came directly out of the African history."

The band is set to perform its unique style of blues with a heavy African influence at the Ted Falasco Arts Center, 1105 Fifth St., at 7:30 p.m. April 14.

James, originally from Virginia, said the roots of blues music permeates life in West Africa. Call and response, rhythms and eccentric, homemade instruments can be found throughout Mali, Ghana and the rest of the countries in the region.

"You can go over there and play what we would call 'old-school blues music' and they will just start playing along with you," James said. "They'll say, 'This is our music.' "

The shuffle rhythm, a staple used by Muddy Waters, Howlin' Wolf and John Lee Hooker, finds its origin in the everyday process of pounding millet into a starchy paste eaten with soup. The process uses a six-foot-tall mortar and pestle, and the women working it develop a rhythm.

"You don't even have to go outside of your house to be experiencing the place in the culture that music plays in Africa," he said. "What we think of as our music, like boogie, blues and rock music -- ch-chunk, ch-chunk, ch-chunk."

James said modern percussion and rhythm instruments also originate from Africa, and many of them will be on display during his performance: a gourd banjo, a four-stringed gourd bass called a "bolon," a calabash drum and an eight-stringed harp called an "n'goni," as well as the electric guitar and harmonica.

James said the set list will get a mix of acoustic sounds, hauntingly intimate Skip James-esque songs and "we all also crank up the amps and start to boogie."

James is aware that the crossover of blues and African sounds may have some people scratching their heads before the concert.

"I've just been doing it a long time, and for me it's a natural thing," James said. 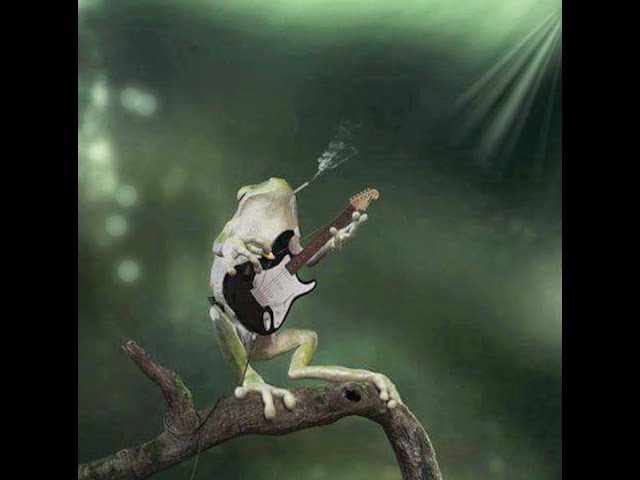